Incoterms are internationally recognized trade clauses that facilitate the trade in goods with the help of standardized contract formulas. They regulate the distribution of costs and obligations and thus prevent misunderstandings and disputes. They must always be agreed by both contracting parties and confirmed by signing the contract.


Overview of the incoterms

Please note that this is only a rough overview of the Incoterms. For a comprehensive description of the Incoterms, please visit the website of the International Chamber of Commerce.

EXW - Ex-Works (ex works)
The seller must ensure access to the goods at another named location (e.g. factory, factory, warehouse, etc.). The buyer organizes the loading and the transport and bears the costs and risks.

FCA – Free Carrier (free carrier)
The seller must deliver the goods to the buyer's carrier at a location specified by the buyer (for shipping or collection). The seller also undertakes the export customs declaration. The buyer assumes the risk from the moment the goods are handed over to the carrier.

FOB – Free on Board (free on board)
The seller assumes all costs and risks until the goods have been loaded onto the ship. The seller is also responsible for export clearance. The buyer takes responsibility as soon as the goods are on board.

CIF – Cost, Insurance And Freight (Costs, insurance and freight to the port of destination)
The seller assumes all costs and risks until the goods have been loaded onto the ship. The seller bears the costs for packaging and postage for export. The seller also takes out insurance against the buyer's risk of losing or damaging the goods during carriage.

DAP – Delivered At Place (delivered named place)
The seller assumes the costs and risks for the transport of goods to an agreed address.

DAT - Delivered at Terminal (delivered terminal)
The seller must make the goods cleared for import available to the buyer at the terminal of the named port of destination at the agreed time.

CPT – Carriage Paid To (freight paid by)
The seller must make the goods cleared for import available to the buyer at the terminal of the named port of destination at the agreed time.

DDP – Delivered Duty Paid (duty paid free)
The seller delivers the goods to a destination at his own risk and expense. He takes care of all the formalities and bears all costs and import duties.

CFR – Cost and Freight (cost and freight)
The seller assumes all costs and risks until the goods have been loaded onto the ship. The seller has to conclude the transport contract and bears the costs and freight for transporting the goods to the named port of destination or import terminal

CIP – Carriage And Insurance Paid To (freight and insurance paid by)
The seller delivers the goods to the carrier or another person named by the seller to an agreed location. The seller bears the costs and risks for the transport to the specified destination, as well as for the freight insurance. The buyer regulates the import handling and import taxation.

FAS – Free Alongside Ship (free alongside ship)
The seller delivers the goods to the carrier or another person named by the seller to an agreed location. The seller bears the costs and risks for the transport to the specified destination, as well as for the freight insurance. The buyer regulates the import handling and import taxation.

MADRID/SACRAMENTO. Last week's subjective estimate issued by the National Agricultural Statistics Service (NASS) came with a bang. Although market experts reckon that another production record is out of the question in California this year as the almond trees need time to recover from last year's record of 3.12 billion pounds, the initial subjective forecast rather predicts another bumper crop of 3.20 billion pounds. This would be the third year in a row that production hits a record in California and begs the question how realistic such expectations are. Traders in Europe have, meanwhile, been deliberating over the impact of the pandemic over the last few months. Now the import data recently updated by the European Commission shows a clear trend in terms of demand.

Subjective forecast comes as a surprise

Sharp rises in bearing acreage and high yields have driven up production in California in recent years. Although bearing acreage is expected to rise again this year, opinions differs as to yields. Market professionals are convinced that the the trees need time to recover this year from two consecutive record production years and that this year's production will at the very most range at around 3 billion pounds. Water supplies, which are a problem in California, will also determine yields.

NASS has now, however, exceeded the most optimistic estimates in forecasting that 2021 will set a new record. Production is forecast to range 3% higher than last year at 3.20 billion pounds. Although NASS concedes that yields in 2021 will range 3% lower than last year's 2,490 pounds per acre, namely at 2,410 pounds, bearing acreage is expected to hit a record of 1,330,000, which is 6.4% up on last year's 1,250,000 acres. NASS is also concerned over low water levels, but emphasises that growing conditions were excellent in April and that the growers are optimistic over the development of the crop, despite variations across regions. A clearer picture will emerge over the next few weeks and an objective forecast will follow on 12 July.

Spot market prices are holding firm in Europe, although supplies can easily meet demand. Natural Valencia almonds, size 12/14, are trading in a range of EUR 3.60-3.85/kg FCA Spain and blanched Valenica almonds the same size at EUR 4.60-4.70/kg FCA Spain. This may, however, change if a record production emerges in the US.

Nominal rise in shipments to EU

While traders in Europe reported that the restrictions in place to curb the spread of pandemic had an adverse impact on demand last year, shipments to the EU in fact saw a nominal rise by 4% to 289,232 mt in 2020. While Spain was hard hit by the restrictions imposed as almonds are a popular snack served to tourists in bars and cafes and Chirstmas markets, at which large volumes of almonds are normally consumed, could not take place across Europe, it was also reported that retail demand experienced a boost. Almonds and other edible nuts have gained in popularity as healthy snacks. This shift in demand evidently compensated for any shortfalls in the catering and tourism sector.

While suppliers in the US, Australia and the UK clearly profitted fromt his trend, suppliers in other producing countries such as Chile and Afghanistan lost out. The US remains the most important supplier by far as shipments rose by just over 4% to 259,939 mt. Shipments from Australia are nearly 7% up at 14,320 mt and shipments from the UK have most notably risen sharply by 24%. 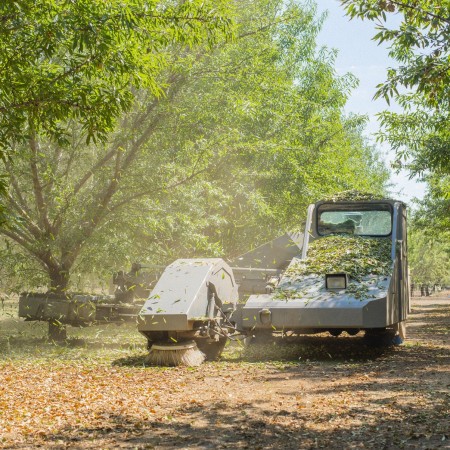 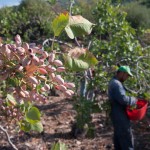 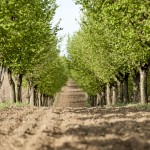 Walnuts: smaller crops in the USA and Chile
SACRAMENTO/SANTIAGO. The US achieved a record walnut production of just over 707,000 mt in 2020, but a repeat of this is not to be expected for 2021. Chile's crop estimates were also reduced. 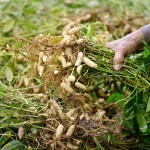 Peanuts: adverse weather conditions delay US sowing
ATLANTA. Sowing in the USA is delayed because it is too dry in some growing regions, while other states are affected by cold temperatures and heavy rainfalls. Exports, however, look pretty good. 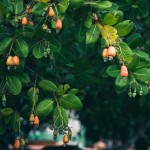 Cashews: sheer incredible exports give rise to speculations
HANOI/NEW DELHI. Cambodia shipped an incredibly high volume of 836,000 mt raw cashew nuts to Vietnam between January and April as the Vietnam Cashew Association (Vinacas) reports. Total shipments from Cambodia to Vietnam, by contrast, ranged at a much lower 219,000 mt in 2020. Although Vietnam has indeed drastically stepped up imports, this cannot fully explain the sharp rise in shipments from Cambodia. Prices have taken a rather surprising turn in Europe. Traders are hoping for a sustained recovery in India, where the devastating surge in Covid-19 infections basically brought parts of the market to a standstill. 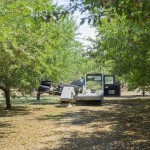 Almonds: crop losses of up to 70%
MADRID/SACRAMENTO. In addition to frost, some almond farmers are also struggling with damage caused by fungal infestation. Organic almonds are particularly affected. 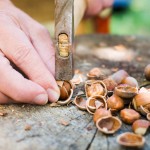 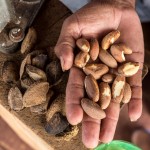 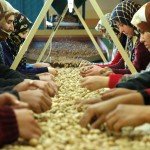 Peanuts: the market is in waiting mode
ATLANTA/BUENOS AIRES. Many buyers, especially in the EU, are currently holding back on new purchases. This is due to high stocks and market players waiting for the crops from Argentina and Brazil. 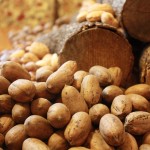 Pecans: China shakes up the market
ATLANTA. After China had largely withdrawn from the US pecan market during the trade dispute, there is now a clear upward trend again. Nevertheless, farmgate prices remain at a ten-year low. 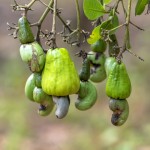